2. They (竖起)some signs of danger around the lake to

tell people not to swim in it.

1. How did you make her happy?

How did you her .

2. We could think out a plan for the show.

We could a plan for the show.

3. David is looking after the old man.

David is the old man.

4. He has repaired the broken car.

He has the broken car.

( )1. Last summer,I worked a volunteer for a month. It is

A. to visit B. visit C. visited D. visiting

A. to listen B. listens

--I'm afraid not. Don't what you can do today till tomorrow.

( )5.There is something wrong with Tom's leg. We should him

coming from the bushes(灌木). He went over 2 what it was. Behind a bush,he found a black dog. Bill went back home as soon as he could with the dog and 3 her to his parents. Bill's dad found that the dog had 4 leg,so they brought the dog to a doctor for animals 5 car. On the way Bill's parents decided that Bill could 6 the dog if they couldn't find the owner of the dog.

When they arrived,the doctor checked the dog. He told Bill that she was going to have 7 ! The next day,Bill 8 signs like "FOUND D()G BACK" around his neighborhood. He also wrote his family's phone

number on the signs.

Two days later, Bill got a/an 9 from the owner of the dog. The owner thanked Bill. When he came to pick up his dog,he said Bill could have one of the babies. Bill was very 10 ! Finally Bill got a baby dog from the owner. He named him Rosco and liked him very much.

Jack Brown,an office worker,lives in Washington. He inherited(继承) a million dollars when he was 23.but he wasn't happy at all. When his college friends were looking for their jobs,he didn't have to. Jack decided to live a simple life like everyone else. He gave $10,000 0f his money to a charity to help poor children live a better life. Today he is 36. He still wears cheap shoes and clothes and drives a small car only,but he is very happy.

Up to now Jack has helped some children from poor countries all over the world by sending them $ 200 a month. The money was used for the children's study, food, medicine and clothing. Jack received a report each year on the children's progress. They can write to each other,but usually the children do not speak English.

When Jack first heard about these children, he wanted to help them. "It was nothing special," he said."Unti1 I went to these countries and met the children I was helping,I didn't know anything about their life. "Once lack went to meet a little girl in Africa. He said that the meeting was very exciting. "When I met her,I felt very,very happy," he said. "And I saw that the money was used for a good cause. It brought me happiness. I want to do everything I can to go on helping these children. "

A. Because he is an office worker.

B. Because he lives in Washington.

C. Because he went to college.

D. Because he got one million dollars.

( )2. How has Jack helped poor children all over the world?

C. By writing letters and reports to them.

D. By buying food,medicine and clothing for them.

( )3. Jack learned about the children's progress by

B. asking his college friends

C. getting a report every year

D. talking with them in English

( )5. What does the writer want to tell us through the story?

A, Help others and you will feel happy.

B. Poor children need our help.

C. Living a simple life is the secret to happiness. 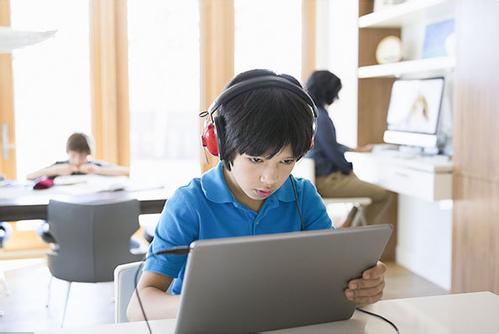