1. The man jumped into the river quickly and the main reason was ____ his drowning son.

2. —What do you think of the talent show you saw yesterday?

3. Bill jumped ____ than any other player at the sports meeting.

—Right. The government will find ways to solve the problem.

5. Traveling by train is ____ exciting than a rushed trip by air.

6. The police tried to protect the foreign officers ____ personal injury.

7. There were many young children ____ in the factories in the past.

10. Lanzhou is the only capital city that the Yellow River, the second ____ river in China, passes through.

A thousand years ago, Hong Kong was covered by a thick forest. As more and more people came to live in Hong Kong, these trees were cut down and burnt. Now there is 11 forest left, though there are still some small areas(地方)covered with trees. We call these woods.

Elephants, tigers and many 12 animals were living in the thick forest. When people came to live in Hong Kong, the 13 began to die out. Early farmers grew rice and 14 pigs and chickens in the valleys. They cut down the trees and burnt them. They needed 15 to keep themselves warm in winter, to cook their food and to keep away the dangerous animals. Elephants quickly disappeared because there was not enough food for them. 16 did most of the wolves and tigers. Monkeys and many other animals soon 17 in the same way.

You might think that there are no longer any animals in Hong Kong 18 in the zoos. There are still about 36 different animals 19 there. One of the most interesting animals of Hong Kong is the barking deer. These are beautiful little animals with a rich brown coat and a white patch(斑点)under the tail. They look like deer but they are much like a barking dog. In Hong Kong the barking deer has only a real enemy— 20 . People hunt these little animals though it is illegal(违法的). There are now not many barking deer left. So it is important for people to care for wild animals.

Rock climbing(攀岩)did not become a sport until late in the 1900s. But now it has become a popular outdoor activity. While rock climbing may still be necessary for mountain climbing, most people just climb low mountains for fun.

If you have ever done rock climbing, you will know that it is not a very easy sport. Indoor and outdoor rock climbing both need practice. What most people don’t know is that rock climbing is one of the sports that depend on your body and mind(意志).

Rock climbing is a wonderful sport. Once you start to learn how to climb, you’ll find more fun. People who like games such as chess playing or problem-solving may love rock climbing, because they are nearly the same in the way of thinking. For anyone who wants to get into beautiful shape, rock climbing is a fun and good way. Anyone who enjoys a difficult game and loves the outdoors should think of taking rock climbing as a new hobby.

21. When did rock climbing become a sport?

B. it is more interesting than chess playing

C. it is like chess playing in the way of thinking

23. Who should think of taking rock climbing as a new hobby?

A. People who enjoy indoor activities.

B. People who enjoy music.

C. People who enjoy a difficult game and love the outdoors.

24. What does rock climbing depend on?

A. It depends on your brain.

B. It depends on your hobby.

C. It depends on your interests.

D. It depends on your body and mind.

25. What can we learn from the passage?

A. Rock climbing is a kind of indoor and outdoor activity.

B. Rock climbing is a very easy sport.

C. When you climb, your arms push you up.

D. The closer you are to the rock face, the more difficult it is to climb. 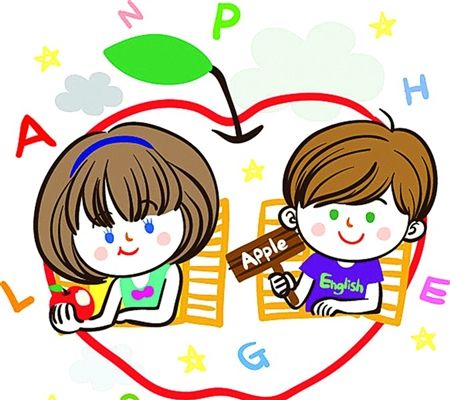 21. D 事实细节题。从文章第一句Rock climbing did not become a sport until late in the 1900s.可知直到20世纪末攀岩才变成了一项运动，故选D。

22. C 事实细节题。从文中第四段第三句...because they are nearly the same in the way of thinking.可知喜欢下象棋的人们喜欢攀岩的原因是由于他们思考问题的方式是一样的，故选C。

23. C 事实细节题。根据文中后一句Anyone who enjoys a difficult game and loves the outdoors should think of taking rock climbing as a new hobby.可知喜欢有难度的游戏和爱好户外运动的人应该考虑选择攀岩作为一种新的爱好。故选C。

24. D 事实细节题。根据文中第二段后一句What most people don’t know is that rock climbing is one of the sports that depend on your body and mind.可知攀岩依靠的是人的体力及意志。故选D。

Welcome to Beijing，now let me introduce Beijing to you.

There are many places of interest in Beijing, such as the Summer Palace and so on. The Great Wall is a beautiful place. There is a saying that he who has never been to the Great Wall is not a true man. The water in Miyun Reservoir is clean and not polluted. There are all kinds of fish in it. You can go boating, go fishing and have a picnic there. It is really a good place to spend your holiday. Besides, you can go and visit Beijing Museum. There you can see a lot of dinosaur egg fossils.

I hope you can enjoy yourselves in Beijing.