A. There will be B There is going to have

C There will have D There is going have

A fall in love B fell love with

A tall B taller C tallest D the taller

A had B was having C were having D have had

A played B was playing C were playing D plays

A help B helping C helped D to help

A gets on well with B getting well with

C getting on well with D gets well with

A is B are C will D shall

A are talking B talked C were talking D have talking

A predicting B to predict C predict D predicted

---Maybe you should buy some new clothes.

A. other anyone B. someone else

C. anyone else D. other someone

A. high enough B. enough high

A. listen B. to listen C. listens D. listening

We live in computer age (时代). People 31 scientists, teachers, writers and even students use computers to do all kinds of work. But more than 30 years ago, 32 couldn't do much. They were very big and expensive. Very 33 people were interested in them and knew how to use them. Today computers are smaller and 34 . But they can do a lot of work; many people like to use them. Some people 35 have them at home.

Computers become very important because they can work 36 than people and make fewer mistakes. Computers can 37 people do a lot of work. Writers now use computers to 38 . Teachers use them to help teaching. Students use them to 39 . Computers can also remember what you 40 them. Computers are very useful and helpful. They are our friends. Do you want to have a computer? 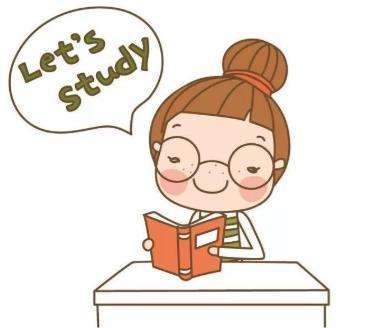 A man was travelling abroad in a small red car. One day he left the car and went shopping. When he came back, its roof was badly damaged. Some boys told him that an elephant had damaged it. The man did not believe them, but they took him to a circus which was near there. The owner of the elephant said, "I am very sorry! My elephant has a big, round, red chair. He thought that your car was his chair, and he sat on it!” Then he gave the man a letter, in which he said that he was sorry and that he would pay for all the damage. When the man got back to his own country, the customs officers would not believe his story. They said, "You sold your new car while you were abroad and bought this old one!"

It was only when the man showed them the letter from the circus man that believed him.

A. there was a traffic accident B. the circus man broke it

C. it rushed into a shop D. the elephant sat on it

A. he would pay for part of the damage

B. he would pay for all of the damage C. he wouldn't pay for the damage

D. he would buy a new car

A. would check his new car B. only checked his car

C. searched him D. wouldn't believe what he had said,

A. the letter from the circus man

B. a newspaper from the country

C. the certificate of his

D. the letter from the government

Early to bed，early to get up makes man healthy，wealthy and clever.

This is an old English saying(谚语). Have you heard of it before? It means that we must go to bed early at night and get up early in the morning. Then we shall be healthy. We shall also be rich(wealthy)and clever.

This is true. The body must have enough(足够的) sleep to be healthy. Children of young age should have ten hours’ sleep every night. Children who do not have enough sleep cannot do their work very well. They will not be clever and they may not get wealthy!

Exercise also helps the blood(血液)to move around inside the body. This is very important. Our blood takes food to all parts of our body. The head also needs blood. Exercise helps us to think better!

A. will get clever B.won’t do well in his work

C.will go to school in time D.will have enough sleep

A.it makes him healthy B.he or she has a lot of homework to do

C.he or she is strong enough D.he or she does exercise

Mr Black was walking in the forest . He was scared when he heard a terrible noise. But he could not get out of the forest . His friends were waiting for him in a village outside the forest. They would give him a lot of money if he took a tiger to them , or they were going to laugh at him .

Mr Black liked hunting打猎) .He usually killed some birds and small animals . But a week before , after he drank too much , he called himself a brave hunter 勇敢的人), So his friends bet打赌) him twenty thousand dollars if he could kill a tiger.

Suddenly , he heard a little noise . He ran to a big tree , and climbed up it quickly . He didn't come down until he saw it was a farmer. He went close to him and asked, "Excuse me , sir . Are there any tigers in the forest ?"

A. Mr Black was a brave hunter .

B.Mr Black was scared of tigers.

C. He thought a tiger was close to him , so he climbed up the big tree quichly.

D. Mr Black asked the farmer the way to run away .

B.his friends would think he was very brave

Mr Baker worked in a small town . Two weeks ago his friends helped him to find work in New York . So he and his wife were going to move to a buiding in the big city.Mr Baker wanted to live in a room on the first floor and he could go for a walk by the beautiful garden after supper . But his wife hoped to live on the second floor .

"There is enough sunlight 阳光), I think . And we can watch the flowers in the garden by the windows , "said the woman .

Mr Baker thought she was right and agreed with her .

It was Saturday . All their friends came to help them. They were tired but still held a party , Mr Baker got nice food ready . They ate , drank a lot . Then they sang and danced .It lasted a long time .

Suddenly the telephone rang , Mr Baker went to answer it . Then he said to her husband proudly (自豪地) "Luckily you have listened to me ! The man downstairs complained on the telephone that the noise in our rooms makes them not fall asleep !"

A.it's a big city B.they liked to live there

C. he began to work there D. he lost his work in the town

A. it was dirty on the first floor

C . it was much noise on the first floor

D . she liked the sunlight and flowers

A.their friends helped them to move to the building

B.their friends helped her husband to find work there

C.she was a good cook

D.it was her birthday that day

A. he wasn't tired at all

B. he didn't feel well

D. the Bakers and their friends made a lot of noise upstairs